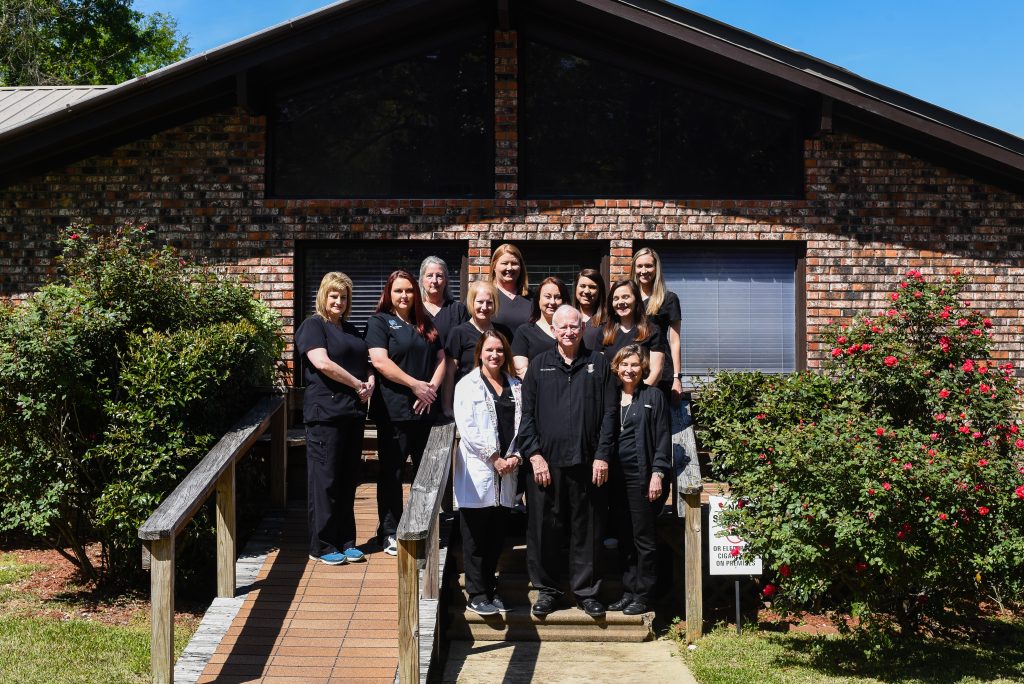 Stone Dental’s commitment to serving South Mississippi rests in three generations of dentists. After mentoring with his father and general dentist Dr. La Troy Cooley in Lucedale, Dr. Ray Cooley moved to Wiggins, MS in 1971 and founded Stone Dental. He raised two daughters in Wiggins, Dr. Catherine Cooley Faulk of Jackson, and Dr. Rebecca Cooley Courtney who joined her father at the practice in 2004.

The entire team at Stone Dental believes patients deserve care and respect in a relaxed and welcoming environment. From our front office staff to our dental assistants and hygienists, achieving your best smile is our utmost concern!

Dr. Ray Cooley is a second-generation dentist, originally from Lucedale, Mississippi. After graduating from Lucedale High School, he attended Perkinston Junior College and the University of Southern Mississippi. In 1969, Dr. Cooley received his Doctor of Dental Surgery degree from Emory University in Atlanta, Georgia. As a student at Emory, he met and married his wife, Ann. Dr. Cooley returned to Lucedale where he practiced general dentistry with his father and mentor, Dr. LaTroy Cooley. In 1971, Dr. Cooley moved to Wiggins and founded Stone Dental, and is in his 50th year of making smiles brighter and shows no sign of slowing down anytime soon. Dr. Cooley is an active member of the Mississippi Dental Association, American Dental Association, and First Baptist Church Sanctuary Choir. Dr. Cooley is a former member of Wiggins Rotary Club, and proudly served our country as a Captain in the MS National Guard.

Dr. Rebecca Courtney is a third-generation dentist and a native of Wiggins, graduating from Stone High School in 1994. After graduation she attended MGCCC Perkinston Campus and received her Bachelor of Science from the University of Southern Mississippi in 1998. Dr. Courtney’s dental education began later that year at the University of Mississippi School of Dentistry. She received her Doctor of Dental Medicine in 2002. After graduation, she remained on staff at UMMC and completed an Advanced Education in General Dentistry (AEGD) residency, as well as a fellowship in Hospital Dentistry. In 2004, Dr. Courtney returned home to Wiggins to practice General Dentistry with her father, Dr. Ray Cooley. Rebecca is an active member of the American Dental Association, Academy of General Dentistry, the Mississippi Association of Women Dentists, and she currently serves on the Board of Trustees for the Mississippi Dental Association.