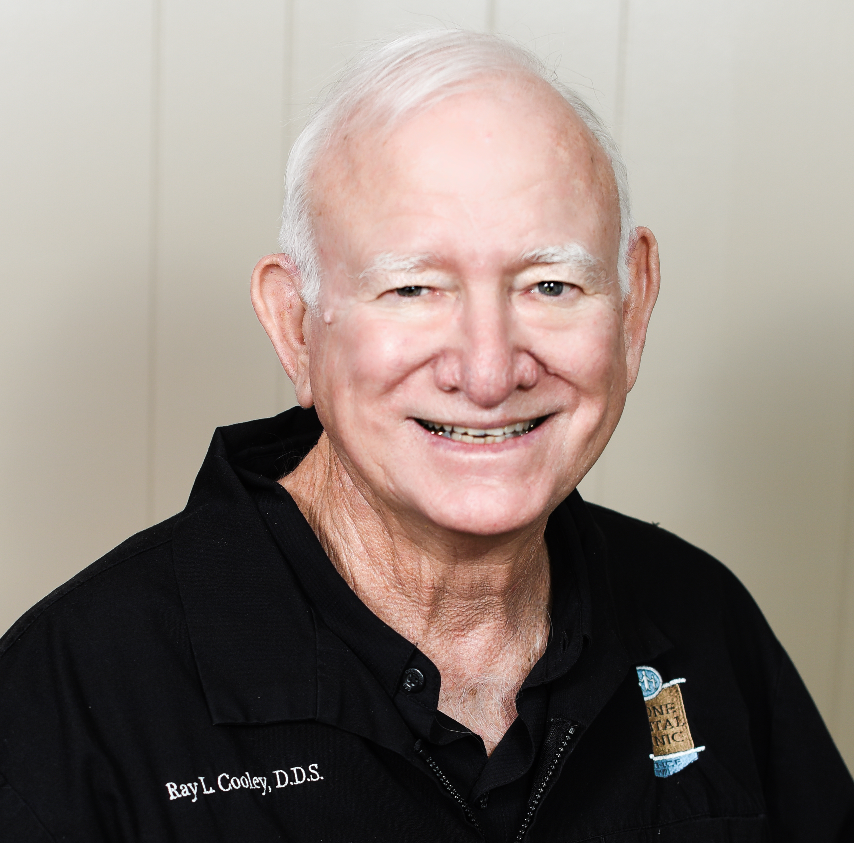 What I love about dentistry!

Dr. Ray Cooley is a second-generation dentist, originally from Lucedale, Mississippi. After graduating from Lucedale High School, he attended Perkinston Junior College and the University of Southern Mississippi. In 1969, Dr. Cooley received his Doctor of Dental Surgery degree from Emory University in Atlanta, Georgia. As a student at Emory, he met and married his wife, Ann. Dr. Cooley returned to Lucedale where he practiced general dentistry with his father and mentor, Dr. LaTroy Cooley. In 1971, Dr. Cooley moved to Wiggins and founded Stone Dental, and is in his 50th year of making smiles brighter and shows no sign of slowing down anytime soon. Dr. Cooley is an active member of the Mississippi Dental Association, American Dental Association, and First Baptist Church Sanctuary Choir. Dr. Cooley is a former member of Wiggins Rotary Club, and proudly served our country as a Captain in the MS National Guard.

Dr. Cooley is known to take a day off here or there if the weather demands a day on the golf course, or if the fish are biting, or if there is fresh powder on the slopes in the Rockies. He and Mrs. Cooley stay very busy and live a full life, but dentistry remains Dr. Cooley’s driving force and he is forever grateful to have participated in a recent dental mission trip to Uganda with his church mission team. That trip left an indelible impression on him, and he most definitely left his mark on each patient he saw while visiting there. Dr. Cooley has two daughters: Dr. Catherine Cooley Faulk of Jackson, MS and Dr. Rebecca Cooley Courtney of Wiggins…who you can read about elsewhere on this website. He enjoys spending time at the creek, the movies, reading, and spoiling his four grandchildren, Patrick, Nora, Charlie, and Grace Ann.